Dead Giveaway: A Massive Spectrum Handout in the 6 GHz Band Based On Remarkably Little Usage of Existing Wi-Fi Spectrum

Facebook’s justification for this massive handout is that the airwaves these Silicon Valley companies rely on today for Wi-Fi, including the 5 GHz band and the 2.4 GHz band, are overcrowded. But are they? 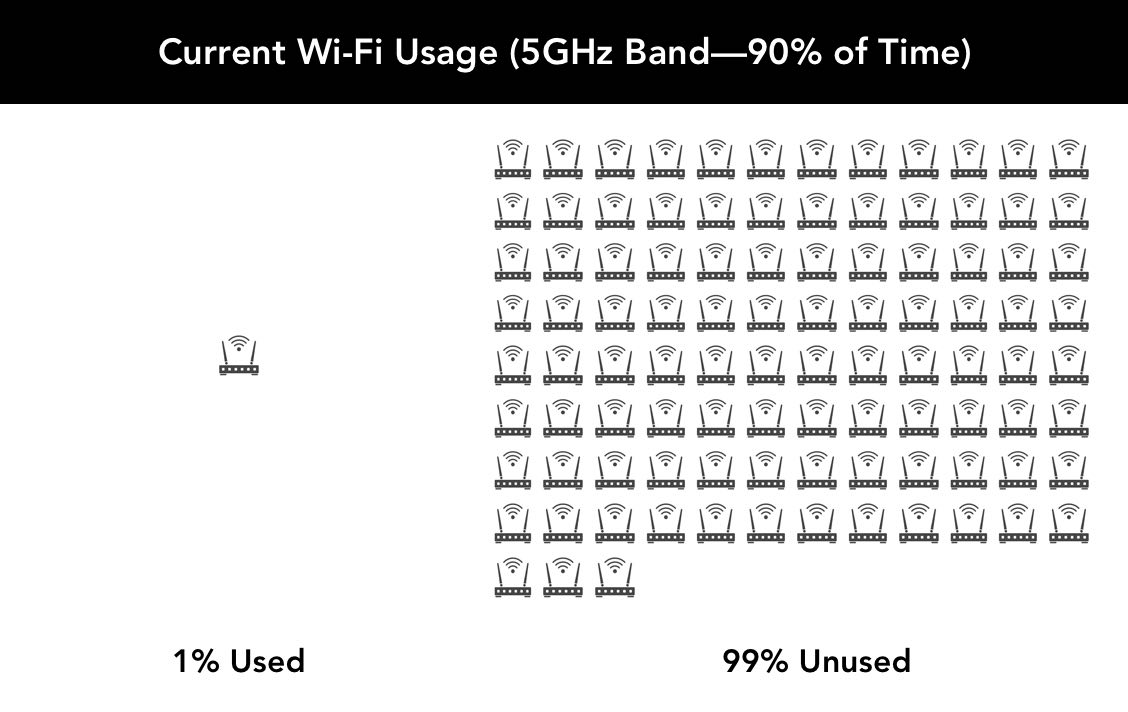 Why on earth would Broadcom concede this remarkable fact? Simple. They’re playing a tricky game of three-band monte. They want to hype up the demand for Wi-Fi by saying other bands are overcrowded but at the same time try to placate 6 GHz incumbents about fears of future interference by downplaying their 5 GHz use. Either the other bands available for Wi-Fi use are severely underutilized and the FCC should abandon the proposed giveaway of the entire 6 GHz band, or those bands are in fact heavily used and incumbents should be extraordinarily concerned about the potential for harmful interference.That doesn’t exactly paint a picture of a spectrum emergency. Contrary to their claim of “ever-increasing congestion in currently-available unlicensed spectrum,” these companies admit that a huge swath of the airwaves available to them right now is, in fact, drastically underutilized.

It’s more than a little tough to swallow giving away 1,200 megahertz worth of mid-band spectrum to cable companies, Google and Facebook right after we spent two and a half years trying to free up mid-band spectrum in the C-band to avoid “losing the race to 5G.” But it’s impossible to do so when they’ve admitted that a good chunk of their current spectrum sits unused the vast majority of the time.

Rather than proceed with this unprecedented giveaway, the FCC should proceed purposefully but cautiously. First, the Commission could take a huge win and make the lower 500 MHz of the 6 GHz band available for unlicensed use now. That still represents a tremendous amount of spectrum for Wi-Fi. Second, issue a further Notice of Proposed Rulemaking exploring whether additional Wi-Fi spectrum is actually necessary, how to protect incumbent users including broadcast and public safety mobile users and whether other options for the band should be considered. Once the horse has left the spectrum barn, it’s very hard to get those megahertz back. And after all, according to Broadcom’s own data, we’re not exactly in a hurry.

View all posts by Patrick McFadden